Dunwoody's Hotel / Motel Tax Revenue Bond - Will it ever happen?


On this Sunday, my thoughts continue to revolve around what are all of the tools in the toolbox available to a city government in Georgia to enhance the quality of life of it's residents. 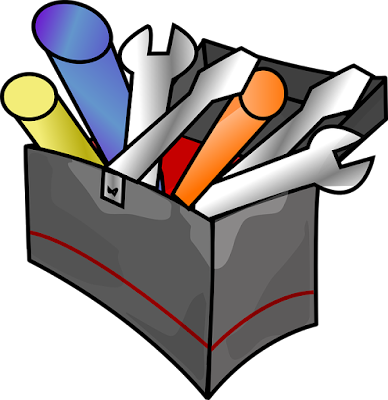 Are our elected leaders and city management proactively leveraging EACH AND EVERY ONE of these to the upmost of their abilities? Take a look around our region and our neighboring cities and it's easy to say unfortunately that's a big fat NO.

There's one that's been waiting in the wings for over a year just begging to be used. Begging to be INVESTED in our community. Begging to break ground and shape our city and for the future. Our junior sibling to our south, Brookhaven used this tool a YEAR AGO. They're making visionary plans reality, while we stand on the sidelines as onlookers. What are we so afraid of? Why are we so timid? Do we seriously think that our mayor & council will be ridden out of town on a rail, tarred & feathered, with a recall vote if they do something more than add another $1M a year in surplus budget for PAVING, as they've been doing the past four + years? With all due respect to the gentle and honorable man that is holding the mayorship of Dunwoody, but with his announcement during his final state of the city address in April, he declared wanting his final legacy to be an additional ten percent added to this year's paving budget.

What they did in Brookhaven: $15M Revenue Bond in 2018 to build the Peachtree Creek Greenway


Brookhaven issued a revenue bond for this in 2018 to be paid by the proceeds of their Hotel/Motel tax.

The Peachtree Creek Greenway is the City of Brookhaven’s section of the larger proposed 12.3-mile North Fork Peachtree Creek Trail that is envisioned to link to the wider Atlanta trail system. The Peachtree Creek Greenway is to be “active and passive, featuring a paved trail for bicycling, walking, running with separate soft trails; easily accessible to all; a means for land conservation and improving environmental quality; and connected to other regional trails.” The goal of the greenway is to provide residents with close-to-home and close-to-work access to bicycle and pedestrian trails, serve transportation and recreation needs, and help encourage quality of life and sustainable economic growth.

For reference, here's a quick primer on a Revenue Bond. Bottom line: There's NO increase to our property tax. 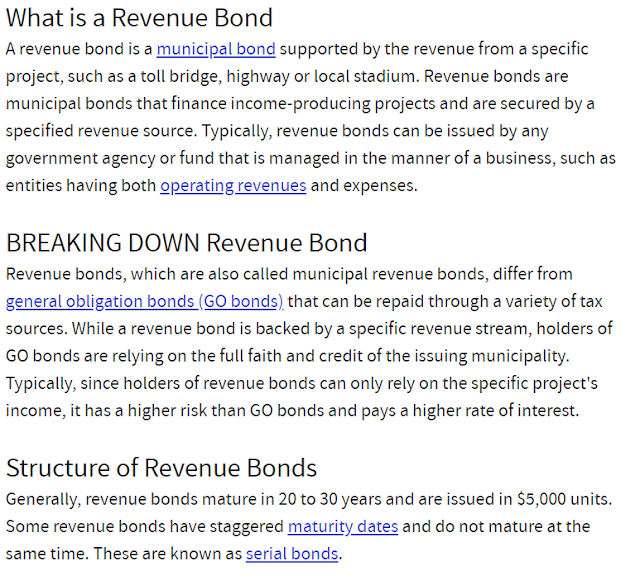 This morning, I sent the below email to the Dunwoody City Manager, Eric Linton. I'll update this post once I get answers.

I’m respectfully sending this email to you, as you run the city under the direction of the council. And I’d like to know the proactive steps you and your staff are undertaking in this matter for the betterment and well-being of our 49,000 residents.

Have we forecasted an anticipated annual amount of which to use as a proposed target  to issue a revenue bond against the hotel / motel tax? If yes, what is that amount, and over what time period? What is the targeted amount of the bond we are seeking, and over how many years?

Do we have a prioritized tentative project list with cost estimates? Who came up with that list and which at large Dunwoody citizens were involved?

Have we established a citizen review committee to be used for project list input, oversight and transparency both before the bond is issued and throughout the life of the bond?

When will the city begin to hold public information open house meetings and other means to solicit input and feedback as to the desires of our citizens?

Under which existing “Authority” would this bond be issued? Or does the city need to create a new one? - and if a new one, when is that going to be created?

Will the mechanisms for public oversight and transparency be legally incorporated into the terms & conditions over the life of the bond; with decisions and data open & accessible to the at large public?

In the state or city legislation increasing this tax, does it dictate by geography where the funds must be used —  e.g.; PCID, x number of miles away from a hotel, etc? Aside from inside the city limits of Dunwoody, are there ANY legal restrictions dictating WHERE these funds may be used? What about restrictions for WHAT the funds can or cannot be used?

Will the city create a web page with all of this information?

When are we actually going to make this a reality, putting shovels in the ground and investing in the future for the betterment of our 49,000 residents today?

In closing, Dunwoody is being left behind in the region. My friends from Peachtree Corners call us “DEADwoody”. A place you drive THROUGH, not TO. Paving more roads is not going to create the city where our children will want to stay and have families of their own.