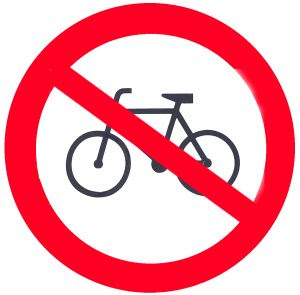 Hi Friends, it looks like another major bridge of regional impact across an expressway in Metro Atlanta managed by GDOT is probably going to be widened without adding accommodations for bicyclists. Uggh.. It's the Northridge Rd & GA-400 bridge & interchange in Sandy Springs.

Why is this a significant project of regional impact and connectivity? Because it is the single planned north-south bicycle crossing of GA-400 between Perimeter CID / Dunwoody / Sandy Springs and Roswell.  See the Sandy Springs 2008 Transportation Plan for details.

Dunwoody, with it's Complete Streets Policy has built 5-ft wide bicycle lanes on Roberts Drive up to the Sandy Springs border. In the Sandy Springs plan, you’ll see that the main north-south bicycle network crosses GA-400 at Northridge. Heading northward to the Chattahoochee at Hwy-9, a new Bicycle/Pedestrian Bridge is scheduled to built, connecting southward on Roberts Drive.

In the original 2010 project documents, bike lanes were included. After the 2011 iteration, the lanes were taken out. Why?  I was told it was MONEY. It costs too much. They backward engineered the project based on a set dollar amount. Most of the funds for this project came from the GA-400 Toll.


Yesterday I reached out to the GDOT Project Manager and had a very nice phone conversation. She's going to provide me the cost breakdowns and funding sources PLUS what the (estimated) additional cost would be to put in bike lanes.

In the original plan with 4-ft wide bike lanes, the entire bridge width was specified in the State Road & Tollway Authority Project Summary Report, December 2010 as:


“The bridge will be widened approximately 53 feet, 7½ inches to the north of the existing alignment to accommodate the additional travel lanes. The southern side of the bridge will be reconfigured to add the 6-foot sidewalk and 4-foot bike lane. The total proposed bridge width is 110 feet, 10 inches.” 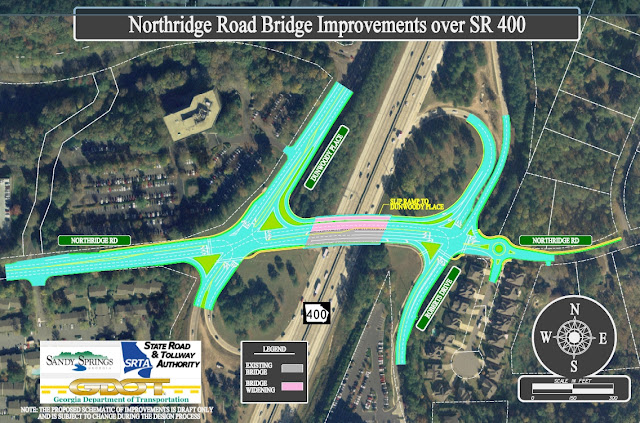 Per discussion, GDOT is going to provide 13-ft outside travel lanes and 11-ft inside lanes. They said that the extra 2-ft on each outside lane will be for the bicyclists (but it won't be striped for a 2-ft paved shoulder). That's a total of FOUR extra feet width on the entire bridge width. All that's needed is ANOTHER FOUR FEET and we could get AASHTO-Compliant Bike Lanes (six feet would be even better, providing for 5-ft lanes). And would follow GDOT's very own newly-adopted Complete Streets Design Policy. Where by DEFAULT Bike Lanes are to be built. Not having bike lanes requires a formal Design Variance and states:

"Required accommodations (i.e., where a Standard Warrant is met) may only be omitted, after approval of a Design Variance, where the cost of providing the required accommodations is excessively disproportionate to the need or probable use. Excessively disproportionate may be defined as exceeding 20% of the total project cost. This cost should consider construction, required right-of-way, environmental impacts, and in some cases operation and maintenance. Where accommodations provide safety benefits to address bicycle and/or pedestrian crash history, these benefits must be considered."

Then, all I have to do is find a source for the additional funds. Simple, eh?

IMHO, if you can't do it right the first time, wait. Save up the money then do it right. (But I was told that the cost of construction goes up the longer you wait...)

B-U-T, the project has already been awarded so this all just might be too little, too late. I missed the single public meeting held in 2011 and didn't really have this on my radar, even though I ride my bike at this intersection every time I head from my house in Dunwoody over to Roswell.

What can you do? Honestly, I'm not too sure. Do you have any political connections? Live in Sandy Springs, Roswell, Dunwoody or North Fulton County? You could consider contacting your local DOT, State DOT and elected officials and ask them to add back the extra 4-ft bridge width & install bike lanes.

In the meantime, I submit to for your reading a Letter to the Editor in the Sandy Springs Reporter I authored nearly two years ago about ANOTHER nearby bridge widening across an interstate that also didn't get bike lanes. The Roswell Rd bridge over I-285.  The reasons I were told were: a) too much $$ and b) "didn't make sense" -- because Roswell Rd just simply could never be re-engineered or designed to retrofit for bicycle facilities.

Sorry, no bike lanes here, either.

Never on Roswell Road? Never say never. 20 years ago you'd say there'd never be bike lanes on Peachtree in Buckhead, either. And now there is. Story here: 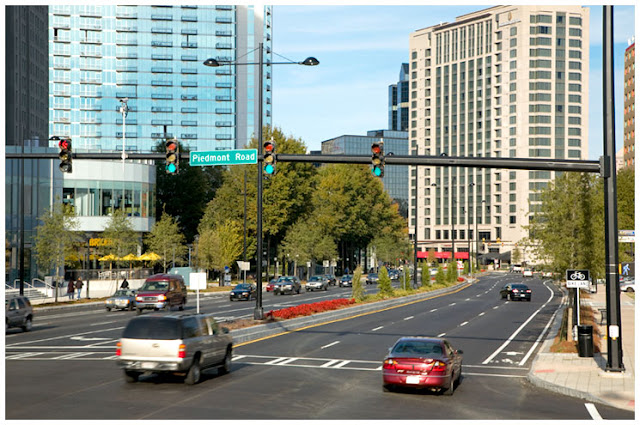