As of today, still no change to the project. Still no bike lanes. I've been talking to anyone I can: State & Local elected officials, press, etc. But here's the latest information for your perusal.


Memorandum of Understanding signed by Sandy Springs & GDOT in October, 2012, total project budget is $10.5M. The GDOT-provided numbers total $9.2M, indicating that there appears to be room in the budget to add bike lanes on both the bridge and Roberts Drive within the project area.

“ … SRTA and GDOT will be funding the project for the cost of design, right-of-way, utility, and construction activities up to $10,042,836, and the City will match for enhancement items listed [above] in the amount of $500,000.”

The $500k contribution from Sandy Springs represents enhancement items of:

"The new bridge will include minimum width bike lanes in both directions." 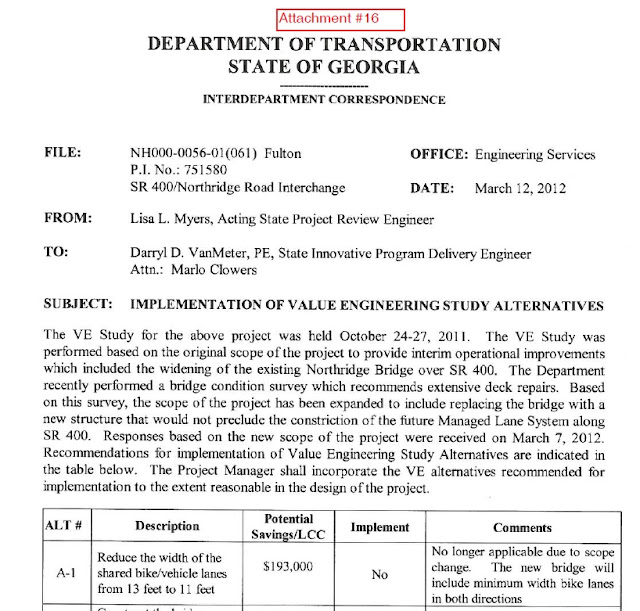