PROTECT and PRESERVE Dunwoody and our quality of life

Here’s Proof Positive that the managed lanes that cost $800M on I-75 are a major FAIL; waste of taxpayer dollars; and do not “reduce” traffic: 8:05 am, May 14th. TWENTY (20) MILES PER HOUR from Woodstock to Midtown. 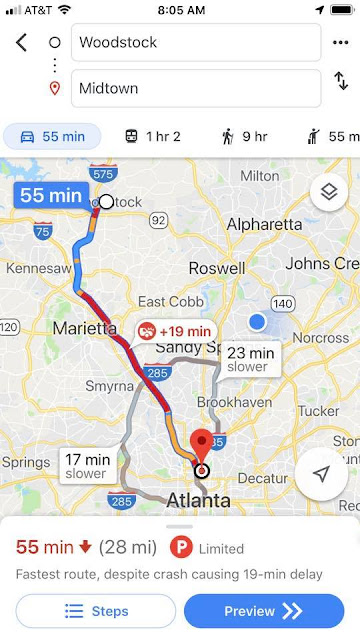 Going in Debt for Decades: GDOT Board Approved Selling Bonds in 2016 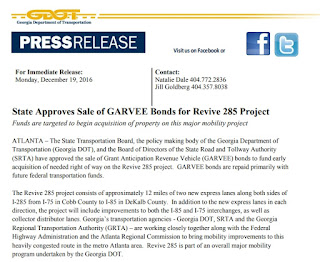 No public vote. No asking the top-end Perimeter communities. The Press release doesn't even mention the COST of these bonds. Reference HERE. 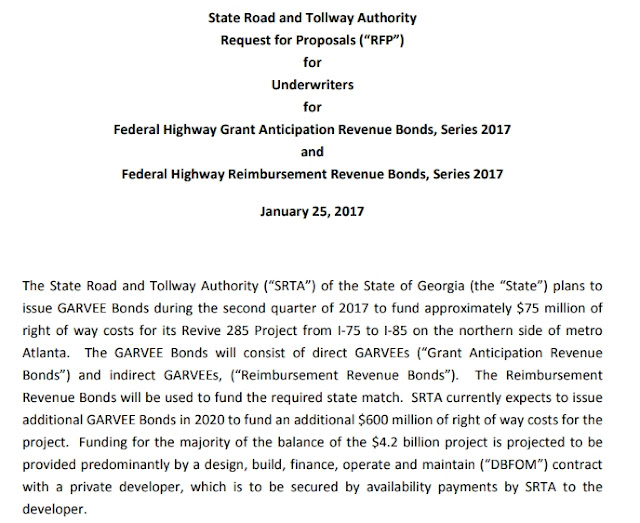 GDOT has already approved in 2017 a bond of $75 to acquire Right of Way -- meaning take private property. And expect another $600M in 2020 to buy more property.

The city of Dunwoody needs to hire an experienced law firm that is: a) INDEPENDENT & EXCLUSIVE of other cities — Our city outsources an attorney that works with several other cities. And they often have competing priorities - like Sandy Springs telling GDOT in backdoor meetings where to put the exit ramps; b) Has experienced success in working with a state DOT (I’m talking about doing a national search) and; c) Immediately seek any & all means to PROTECT and PRESERVE Dunwoody and our quality of life.

GDOT is abandoning the transit option and has closed down the Revive 285 conversation. “The meetings are to inform attendees of Georgia DOT’s decision to formally close the Revive285 project, to rescind the existing Revive285 project’s Notice of Intent (NOI), and to move forward with I-285 Top End Express Lanes project.”

Design components that will be considered as part of each recommended alternative, will include: Operational improvements (interchanges, ramp improvements, etc.), surface street improvements (traffic signalization, widening, new roadways, etc.), rideshare and vanpools, tolling, bike and pedestrian improvements and express buses.
“We are integrating transit into the overall transportation corridor here, we are integrating operational safety improvements, managed lane improvements that are envisioned,” Van Meter said. “We are trying to preserve mobility on the top end of I-285. That is our vision,” he added.
Well, that vision is now only focused on motor vehicles.

They've even shut down the website that had all of the above historical options that included transit. 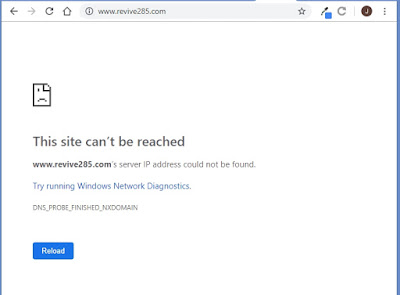